As Uber has grown to become one of the world’s most valuable start-ups, its ambitions often seem limitless.

But of all the ways that Uber could change the world, the most far-reaching may be found closest at hand: your office. Uber, and more broadly the app-driven labor market it represents, is at the center of what could be a sea change in work, and in how people think about their jobs. You may not be contemplating becoming an Uber driver any time soon, but the Uberization of work may soon be coming to your chosen profession.

Just as Uber is doing for taxis, new technologies have the potential to chop up a broad array of traditional jobs into discrete tasks that can be assigned to people just when they’re needed, with wages set by a dynamic measurement of supply and demand, and every worker’s performance constantly tracked, reviewed and subject to the sometimes harsh light of customer satisfaction. Uber and its ride-sharing competitors, including Lyft and Sidecar, are the boldest examples of this breed, which many in the tech industry see as a new kind of start-up — one whose primary mission is to efficiently allocate human beings and their possessions, rather than information. 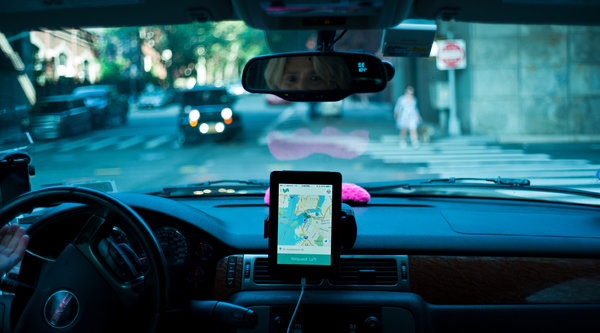 Various companies are now trying to emulate Uber’s business model in other fields, from daily chores like grocery shopping and laundry to more upmarket products like legal services and even medicine.

“I do think we are defining a new category of work that isn’t full-time employment but is not running your own business either,” said Arun Sundararajan, a professor at New York University’s business school who has studied the rise of the so-called on-demand economy, and who is mainly optimistic about its prospects.

Uberization will have its benefits: Technology could make your work life more flexible, allowing you to fit your job, or perhaps multiple jobs, around your schedule, rather than vice versa. Even during a time of renewed job growth, Americans’ wages are stubbornly stagnant, and the on-demand economy may provide novel streams of income.

“We may end up with a future in which a fraction of the work force would do a portfolio of things to generate an income — you could be an Uber driver, an Instacart shopper, an Airbnb host and a Taskrabbit,” Dr. Sundararajan said.

But the rise of such work could also make your income less predictable and your long-term employment less secure. And it may relegate the idea of establishing a lifelong career to a distant memory.

“I think it’s nonsense, utter nonsense,” said Robert B. Reich, an economist at the University of California, Berkeley who was the secretary of labor during the Clinton administration. “This on-demand economy means a work life that is unpredictable, doesn’t pay very well and is terribly insecure.” After interviewing many workers in the on-demand world, Dr. Reich said he has concluded that “most would much rather have good, well-paying, regular jobs.”

It is true that many of these start-ups are creating new opportunities for employment, which is a novel trend in tech, especially during an era in which we’re all fretting about robots stealing our jobs. Proponents of on-demand work point out that many of the tech giants that sprang up over the last decade minted billions in profits without hiring very many people; Facebook, for instance, serves more than a billion users, but employs only a few thousand highly skilled workers, most of them in California

To make the case that it is creating lots of new jobs, Uber recently provided some of its data on ridership to Alan B. Krueger, an economist at Princeton and a former chairman of President Obama’s Council of Economic Advisers. Unsurprisingly, Dr. Krueger’s report — which he said he was allowed to produce without interference from Uber — paints Uber as a force for good in the labor market. 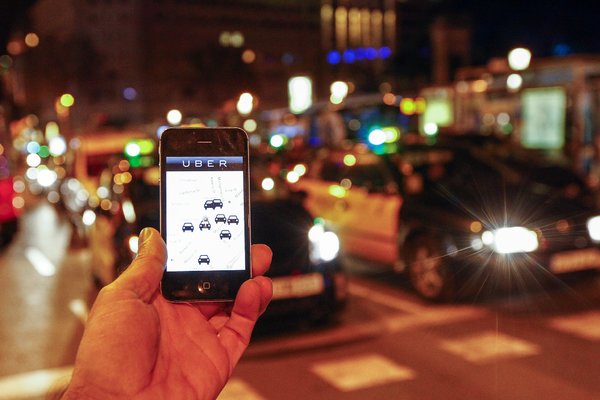 Dr. Krueger found that at the end of 2014, Uber had 160,000 drivers regularly working for it in the United States. About 40,000 new drivers signed up in December alone, and the number of sign-ups was doubling every six months.

The report found that on average, Uber’s drivers worked fewer hours and earned more per hour than traditional taxi drivers, even when you account for their expenses. That conclusion, though, has raised fierce debate among economists, because it’s not clear how much Uber drivers really are paying in expenses. Drivers on the service use their own cars and pay for their gas; taxi drivers generally do not.

The key perk of an Uber job is flexibility. In most of Uber’s largest markets, a majority of its drivers work from one to 15 hours a week, while many traditional taxi drivers work full time. A survey of Uber drivers contained in the report found that most were already employed full or part time when they found Uber, and that earning an additional income on the side was a primary benefit of driving for Uber.

Dr. Krueger pointed out that Uber’s growth was disconnected to improvements in the broader labor market. “As the economy got stronger, Uber’s rate of growth increased,” he said. “So far, it’s not showing signs of limitations in terms of attracting enough drivers.”

One criticism of Uber-like jobs is that because drivers aren’t technically employees but are instead independent contractors of Uber, they don’t enjoy the security and benefits of traditional jobs. The complication, here, though, is that most taxi drivers are also independent contractors, so the arrangement isn’t particularly novel in the ride business. And as on-demand jobs become more prevalent, guildlike professional groups are forming to provide benefits and support for workers.

The larger worry about on-demand jobs is not about benefits, but about a lack of agency — a future in which computers, rather than humans, determine what you do, when and for how much. The rise of Uber-like jobs is the logical culmination of an economic and tech system that holds efficiency as its paramount virtue.

“These services are successful because they are tapping into people’s available time more efficiently,” Dr. Sundararajan said. “You could say that people are monetizing their own downtime.”

Think about that for a second; isn’t “monetizing downtime” a hellish vision of the future of work?

“I’m glad if people like working for Uber, but those subjective feelings have got to be understood in the context of there being very few alternatives,” Dr. Reich said. “Can you imagine if this turns into a Mechanical Turk economy, where everyone is doing piecework at all odd hours, and no one knows when the next job will come, and how much it will pay? What kind of private lives can we possibly have, what kind of relationships, what kind of families?”

The on-demand economy may be better than the alternative of software automating all our work. But that isn’t necessarily much of a cause for celebration.